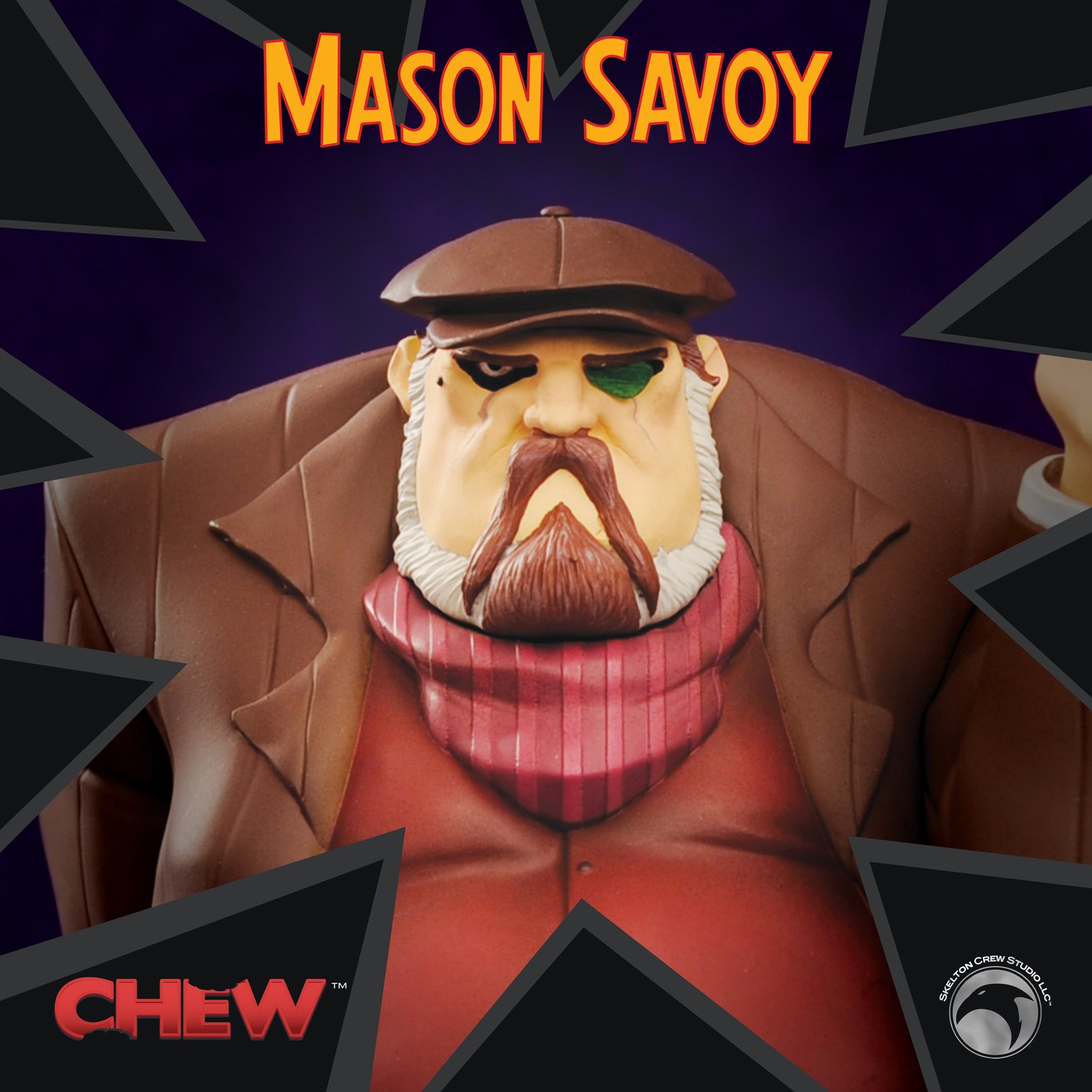 Mason's eyeing you suspiciously from the top of a McBeefy's burger box marked with Rob's trademark CHEWisms like, "Half the Price. Twice the Grease."

Damn, the Fatman is such a badass.

Mason Savoy is hand-numbered and hyper-limited to 300. Grab him before his next bite is is last!

Sculpted by Tony Cipriano. Prototype shown. Shown with other busts for scale only.

Mason is a collectible, not intended for children. For ages 14 and up.

Not guaranteed to play nice with your Tony mini-bust — I mean, he's holding his fricken ear.